Making a list of the most eligible places for your next canoeing trip is not easy. The world has so much to offer, and we want to see all of it. But you have to start somewhere. These are 10 of the best must-sees to unfold your next adventure in Europe.

Straight through the bustling city of Prague flows the Vltava river. As fascinating as it is to walk through the same streets that have seen the likes of emperors, renowned authors, and many more, exploring the Golden City by water is a whole new experience. A total of 18 bridges arch over the river, connecting both shores. The Charles Bridge, the second oldest Bridge in the Czech Republic and the oldest one still standing over the river Vltava, is truly a sight to behold.

If you are rather looking for green shores spotted with the occasional picturesque French towns and cities, the Dordogne river in the southwest of France will be more up your alley. In addition to the great variety of changing landscapes, the Dordogne is famous for exhibiting tidal bores. As one of the few rivers in the world that has tidal waves from the sea travelling upstream on the river, the Dordogne has a lot of unique adventures to offer.

Another pearl of unbridled nature is the Zrmanja river. This Croatian waterway has cleft its way through the mountainous Velebit regions and created an impressive canyon. This river is not meant for the starting paddler. Waterfalls raise the adventure factor above that of the previous rivers. So, the necessary expertise in outdoor exploring might be advised.

Better suited for beginners are the calm waters of Bohuslän, speckled with thousands of unclaimed islands. Looking for peace and quiet on your trip? The clean air and smooth waters in the Swedish archipelago will help you on your way. But you will not be completely alone on this trip. These Scandinavian fjords are home to seals that, when their curiosity wins over, will make for memorable companions.

When traversing the nature of the Soča Valley, you will believe to have been ended up in a fantasy world. The river itself will only heighten this effect. It is nicknamed the Emerald Beauty for a reason. The Soča is believed to be one of the rare, if not only, rivers that retain an emerald green colour throughout their whole length. These incredible vistas are at their most beautiful when admired from a canoe.

Just South of the Italian Alps lies an extensive body of deep blue water. Lake Garda is Italy’s largest lake and a perfect place to enjoy incredible views. Those can be quite atypical considering the temperate climate. The northern bottleneck part of the lake is flanked by steep mountains, giving it the allure of Scandinavian fjords. But when you go south, you will arrive in a wide basin in which seven small isles are sprinkled about. Explore every side of the lake and you will be greeted by a wide array of different sceneries.

Berlin is another metropolis that lends itself perfectly to the canoeing adventurer. The river Spree runs like a lifeline through the city centre. Berlin will unfold itself before the eyes of eager paddlers and will reveal some of the most prominent buildings that shaped its history. The Spree-Island is definitely to be recommended as it houses both Berlin’s most notable museums and the site of the old twin city of Cölln.

For the true survivalists, we recommend exploring Loch Assynt and its surroundings. This untamed and hilled landscape is crossed by lakes, streams and rapids. If you do not let the elements disturb you, you will get the chance to fully immerse yourself in the nature of the Scottish Highlands, but also in its folklore. From the water, you can spy the ruins of Ardvreck Castle and Calda House. Both buildings standing on the shores of Loch Assynt are plagued by the ghosts of a violent but wildly interesting history.

The Dutch city of Utrecht is interwoven with canals that are perfect for the casual urban paddler. While traversing the streams, you will find yourself marvelling at monuments and the picturesque facades of historical buildings. Time for a well-deserved break? Step out of your vessel and enjoy a drink or a bite in one of the many sidewalk cafés or parks alongside the water.

Again, big cities are not for everyone, but our last recommendation might be. The Obra river in Poland is easily accessible to canoeists of every degree and flows peacefully through wilderness and countryside. Watch out, however, because legend has it that an age-old fish of enormous size has made its home near the northern part of the river.

We’re convinced that these 10 places definitely belong on your bucket list as we’ve put them immediately on ours. The mentioned rivers and lakes are perfect to conquer with an ONAK canoe. Our foldable canoes are perfectly suited to take with you to every one of these beautiful locations. Thanks to the compact trolley, they’re easy to carry to all the adventures you want to experience. And last but not least, keep sharing your freedom.

How to Tell the Difference Between a Kayak and Canoe 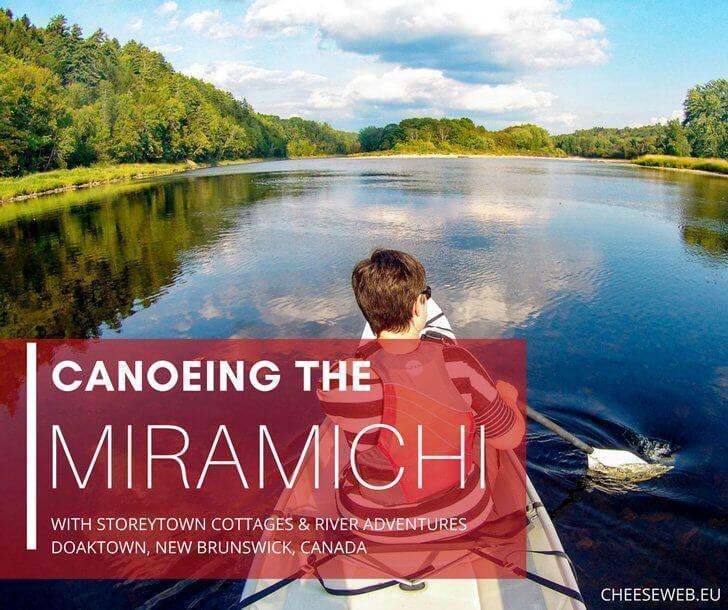